About CIVT Online Learning Benefits of Studying with us Is natural medicine study for me? Green Education Veterinary Acupuncture Case Studies Podcasts

Is online study right for me? Recognition of Prior Learning FAQs What Happens Now Competency Based Training 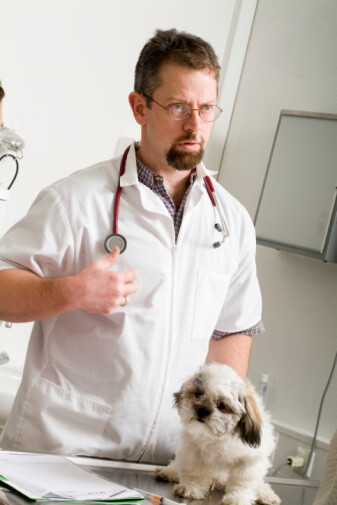 Evidence based practice (EBP) is defined as "the conscientious, explicit evidence based veterinary medicine and judicious use of the current best evidence in making decisions about the care of individual patients. The practice of EBP means integrating individual clinical expertise with the best available external clinical evidence from systematic research (Sackett1998). The standard hierarchy of evidence based on study designs is (from highest to lowest): evidence provided by at least one appropriately designed randomized control trial (RCT); evidence from a trial that is not randomized; evidence from a well designed cohort or case control study; evidence from a multiple time series; descriptive studies; case reports, and opinions of experts of respected authorities.

Evidence based medicine has become profoundly influential over the decade. It has been enthusiastically supported and advocated within the veterinary and medical professions. However, there is debate about the widespread acceptance of this system of evidence review and the implications for practice (Gupta 2003).

One of the major questions is that it is largely based on the RCT. RCTs have been the dominant focus of EBP  and the RCT is considered the gold standard research method for evaluating efficacy in medicine. The RCT takes place under controlled conditions. However, it has been argued then that the RCT takes away, to some extent, the experience of the practitioner and the individual patient's presentation (Tonelli &Callahan 2001). As well, discrepancies do occur between individual RCTs and between RCTs and meta-analysis (LeLorier 1997). It is also argued that systematic reviews and syntheses of evidence are necessary but also an insufficient method for making clinical decisions  because at the heart of the RCT is the fact that they deal with efficacy not necessarily effectiveness(Coulter 2006). None the less the application of evidence based medicine to natural medicine has been hailed by some as the way forward (Willis & White 2002, 2004) and as problematic by others (Richardson 2002).

While more than 10 000 RCTs have been conducted in human complementary medicine, the numbers in veterinary natural medicine are sparse. As a result, significant resistance to natural medicine remains within the veterinary profession because veterinarians are trained to accept research based protocols. There are also many who would claim that natural medicine or complementary medicine as a whole deserves the title of pseudoscience - defined by some as "claims presented so they seem scientific even though they lack supporting evidence and credibility" (Schirmer 1977: 33).

Schirmer(1977) warns that  "The essential tension in the debate between science and pseudoscience lies between being so skeptical that revolutionary ideas pass you by and being so open minded that "flim-flam" artists take you in".

The relative lack of high quality evidence is a key issue not just in natural veterinary medicine but also in conventional veterinary medicine. There are many therapies and medicines that are based on 'pseudoscience', but there are also many treatments that have substantial evidence or scientific rationale to support their therapeutic usefulness. A systematic review of interventions in veterinary medicine on canine atopy, for example, highlighted one high quality RCT which showed that an oral fatty acid supplement reduced the required dose of prednisolone by approximately half, and it was suggested that further RCTs of high design needed to be performed to remedy previous flaws in more than half of the 47 RCTs selected (Olivry et al2010). In this case, the evidence for integration of a natural supplement was convincing.

In veterinary medicine a prevailing skepticism about any therapy called natural, complementary, alternative or otherwise, means that research funding is less likely to be allocated among competing demands in conventional medicine. Indeed most research that is carried out is commercially funded by manufacturers of the natural medicines. It is no surprise then, that veterinarians who practice integrative veterinary medicine are part of the push for increased research into natural medicine. Associations like the American Veterinary Holistic Medicine Association are one of the groups worldwide leading the way forward in this area. There are also veterinary schools with faculty members trained in acupuncture, for example, that are driving research in this field. This is good news.

In order to improve scientific rigor we first need to overcome barriers by building knowledge of the strengths and weaknesses and existing evidence base of integrative therapies among tomorrow's veterinary practitioners and researchers. The College also takes the view that we need to use evidence based medicine to evaluate natural medicine, especially for establishing safety and efficacy in animals. We also need more clinically relevant natural medicine protocols and information and we need to be prepared to critically evaluate claims about products and medicines that we use.

However, it is true to say that when using evidence based medicine as a way of appraising natural medicine research, it is more common that randomized trials have not been performed, so it usually means we need to consider lower quality evidence, particularly in veterinary medicine. In the absence of randomized controlled trials the best available scientific evidence is used. More often than not we need to look to biomedical research for answers.

"Traditional evidence" - sources of information which derives from continued use of natural medicines which have been used for several generations (as defined by the Therapeutic Goods Administration in Australia) is also important to assess the level of risk of a natural medicine. This sort of evidence is combined with the individual practitioner's clinical experience and judgement.

Jonas et al. (1999) suggest a strategy that can be used in the absence of high quality evidence, which is to assess the level of risk of the natural medicine intervention and its cost and availability. They suggest that in this situation low risk and low cost interventions can be assessed on the basis of randomized trials or good observational studies that are not randomized. In the latter instance the practitioner is assessing the probability of benefit of using the intervention against the low risk of the intervention.

The College embraces the concept of evidence based practice as a methodology for decision making in clinical practice and as a way of coming to terms with the vast amount of research available. Research on herbal constituents, on acupuncture and on natural medicines in general, is growing at an exponential rate. We need to be willing to critically evaluate that information as a basis for decision making about the efficacy of interventions in practice.

We hope that with high quality education and a willingness to explore integrative veterinary therapies, veterinarians will embrace the best that natural medicine has to offer and that it will become a part of mainstream practice.

Gupta M (2003) 'A critical appraisal of evidence based medicine. Some ethical considerations'. Journal of Evaluation in Clinical Practice 9(2): 111-121